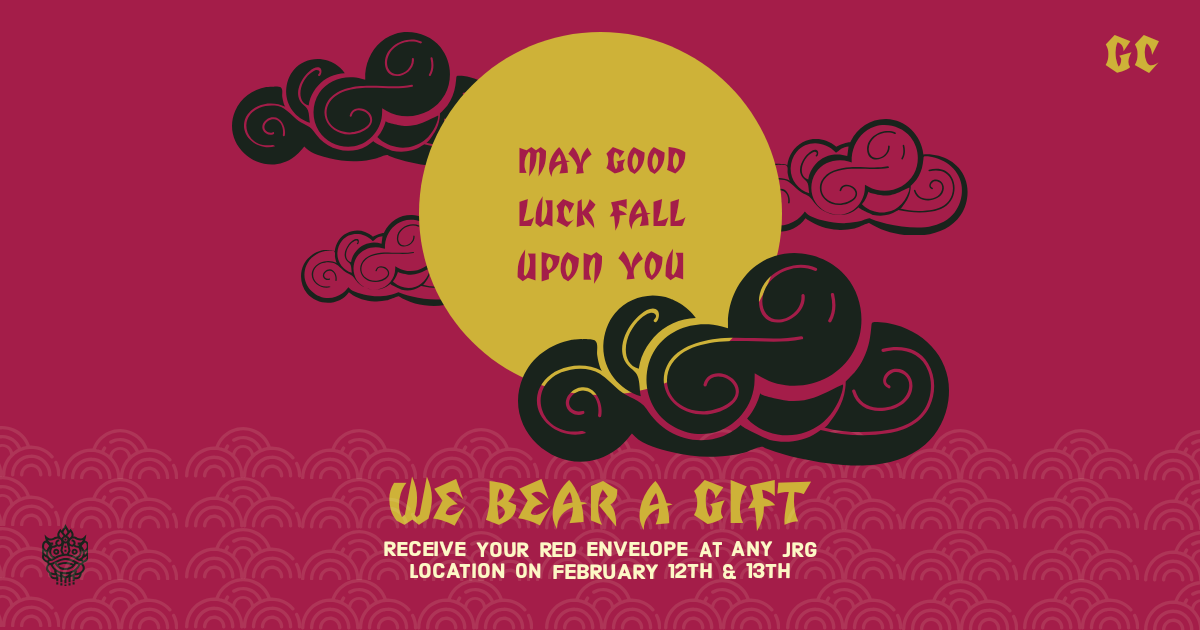 We wish you good luck and prosperity this Chinese New Year! 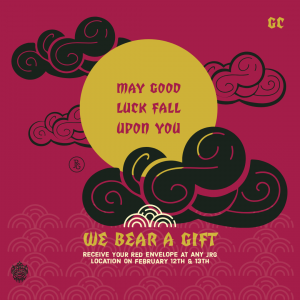 In anticipation of our new Asian Kitchen coming soon, head over to any JRG Public House or Restaurant on Friday February 12 or Saturday February 13 to receive a red envelope with a surprise gift inside. The Chinese red envelope (known as lai see in Cantonese and hong bao in Mandarin) is an ornate red pocket of paper the size of an index card and unquestionably a symbol associated with Chinese New Year. They’re commonly decorated with beautiful Chinese calligraphy and symbols conveying good luck and prosperity on the recipient. Red is the main colour for the festival, as red is believed to be an auspicious colour. One of the most famous traditional greetings for Chinese New Year is the Cantonese kung hei fat choi, literally ‘greetings, become rich’. In Mandarin that’s gongxi facai /gong-sshee faa-tseye/.

In the case you’re not familiar with the festival, here are 16 things you should not do this Chinese New Year.

Some are taboos on the first day of the Chinese New Year and some are superstitions for the whole New Year Festival season (from the 1st to 15th of the Lunar New Year).

It is a taboo for a person to brew herbal medicine or take medicine on the first day of the lunar year, otherwise it is believed he or she will get ill for a whole year.

In some places, after the bell announcing the New Year at midnight New Year’s Day, sickly people break their gallipots (medicine pots) in the belief that this custom will drive the illness away in the coming year.

2. Don’t sweep or take out garbage.

The act of sweeping on this day is associated with sweeping wealth away. Taking out garbage symbolizes dumping out the good luck or good fortune from the house.

Porridge should not be eaten, because it is considered that only poor people have porridge for breakfast, and people don’t want to start the year “poor” as this is a bad omen.

Besides, meat should not be eaten at this breakfast out of respect for the (Buddhist) gods (who are believed to be against killing of animals), as all gods are expected to be out meeting and wishing a happy New Year to each other.

People do not wash clothes on the first and second day, because these two days are celebrated as the birthday of Shuishen (水神, the Water God).

Hair must not be washed on the first day of the lunar year. In Chinese language, hair (发) has the same pronunciation (and indeed is the same character) as fa in facai (发财), which means ‘to become wealthy’. Therefore, it is seen as not a good thing to “wash one’s fortune away” at the beginning of the New Year.

5. Needlework should not be done.

The use of knives and scissors is to be avoided for any accident, whether harming a person or tool, is thought to lead to inauspicious things and the depletion of wealth in the coming year.

6. A married daughter is not allowed to visit the house of her parents.

The cry of a child is believed to bring bad luck to the family, so parents do their best to keep children from crying by whatever means possible.

8. Avoid breaking tools or other equipment.

Breaking tools or other equipment during this period is associated with a loss of wealth for the coming year; therefore tradesmen and business people in general take great precautions to prevent it.

A visit to the hospital during this period is believed to bring illness to the person in question for the duration of coming year; therefore visits to the hospital are avoided, except in cases of extreme emergency.

Do not let other people take objects, including money, from your pocket during the Spring Festival, and take care not to have your pocket picked, as this is believed to portend your whole wealth in the coming year being stolen.

Money should not be lent on New Year’s Day, and all debts have to be paid by New Year’s Eve, and, if someone who owes you money, do not go to his or her home to demand it. Anyone who does so it is said will be unlucky all the year.

12. The rice jar should not be empty.

The rice jar should not be allowed to become empty. This causes grave anxiety, as the cessation of cooking during the New Year period is an ill omen.

Do not wear clothes that are damaged. If kids especially wear such clothes in the first lunar month, it is said to bring bad luck.

Killing should be avoided from the 1st to 15th of the Lunar New Year as blood is considered an ill omen, which will cause misfortunes such as a knife wound, or a bloody disaster. People usually kill chickens, ducks, pigs and fishes before Chinese New Year or on Chinese New Year’s Eve.

Do not wear white or black clothes as these two colors are associated with mourning traditionally.

Don’t give certain gifts, like clocks, scissors, and pears, as they have a bad meaning in Chinese culture.