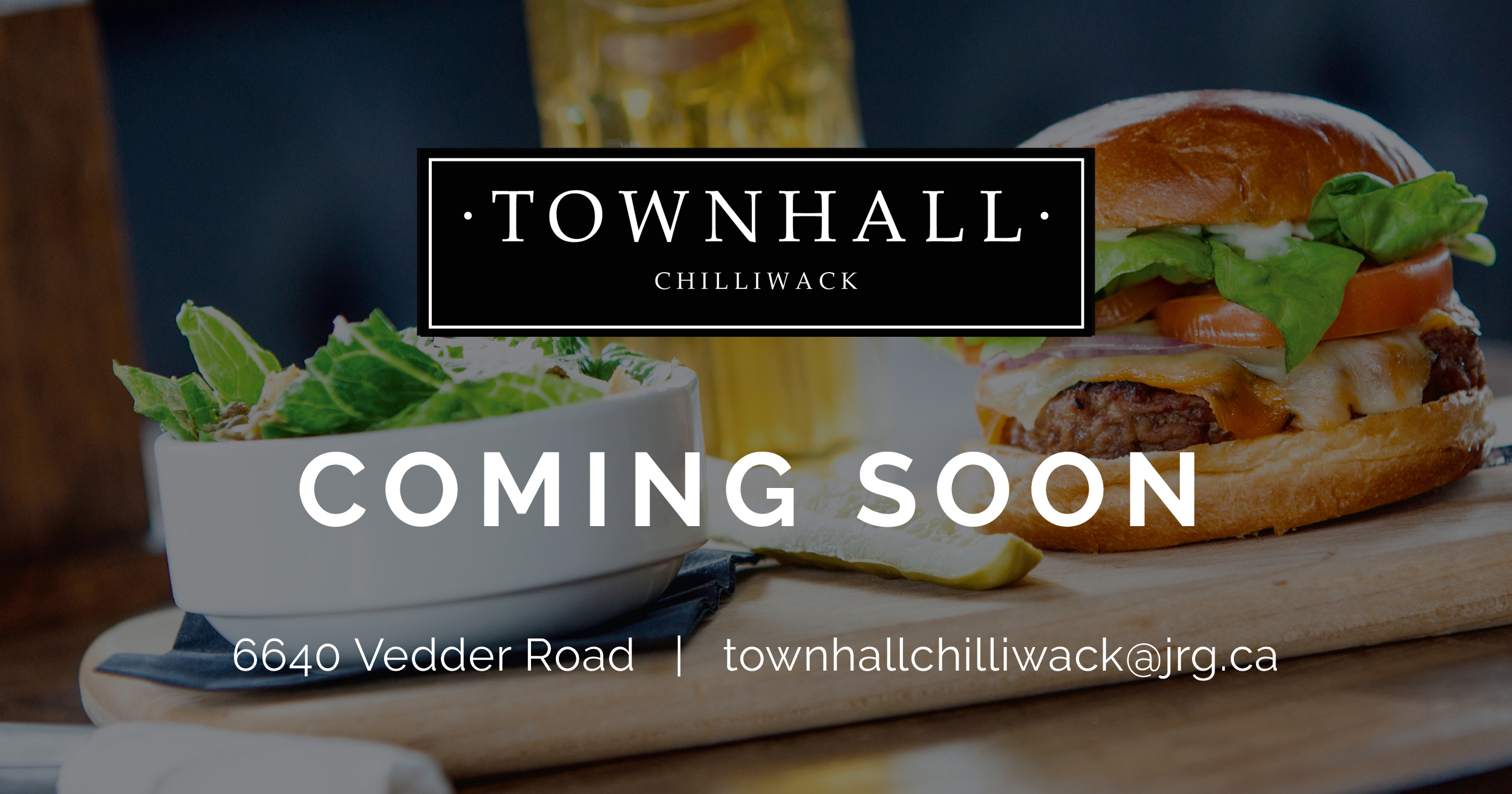 SURREY, BC (July 11, 2017) – The Joseph Richard Group (JRG), whose rapid growth over the past year has included new establishments in White Rock, South Surrey and Abbotsford, will continue its expansion into the Fraser Valley this fall when it opens its first establishment in Chilliwack at Vedder Pointe, formerly known as The Village at Sardis Park (6640 Vedder Road).

Founded in 2002, JRG is one of British Columbia’s fastest growing food, beverage and entertainment organizations, with 20 public houses, restaurants and liquor retail outlets in BC and Alberta. Among the company’s properties are seven Townhall Public Houses, which offer a wide selection of cocktails and local craft beers, along with classic pub offerings, all prepared from fresh, high-quality ingredients. Chilliwack will become JRG’s 8th Townhall, creating 75-100 new jobs once operational as well as dozens of other jobs once construction begins.

One of the keys to JRG’s success and rapid growth has been its ability to identify new opportunities, and with more than one thousand people moving to Chilliwack each year, JRG CEO Ryan Moreno says the time was right to bring its offering to Chilliwack.

“The Fraser Valley is booming, and with locations established in Surrey, White Rock, Langley and Abbotsford, we’re excited to finally be headed to Chilliwack,” says Moreno. “We look forward to creating a welcoming gathering space where people can enjoy a comfortable atmosphere, exceptional service and great food prepared by our amazing chefs.”

Moreno says getting involved in local communities is another key to JRG’s success and company philosophy.

“We’re proud to create popular local hubs where people can get together,” says Moreno, “but for us, being a part of the community means going well beyond that. That’s why we like to fundraise for schools, teams and charities, have our chefs mentor high school culinary students, and support local food producers. We believe the best way for a business to thrive in a community is for that business and its employees to be involved in that community, and we’re looking forward to doing that in Chilliwack.”

For real-time updates and announcements on this newest location, see the Townhall Chilliwack Facebook Page